Today’s post is based on a question that I received.

We are going to assume that there are multiple users who have rights
to view different database objects.

So in this example there are 3 user logins with different rights to access 3 forms and 3 reports.

Here is an overview of the database setup: 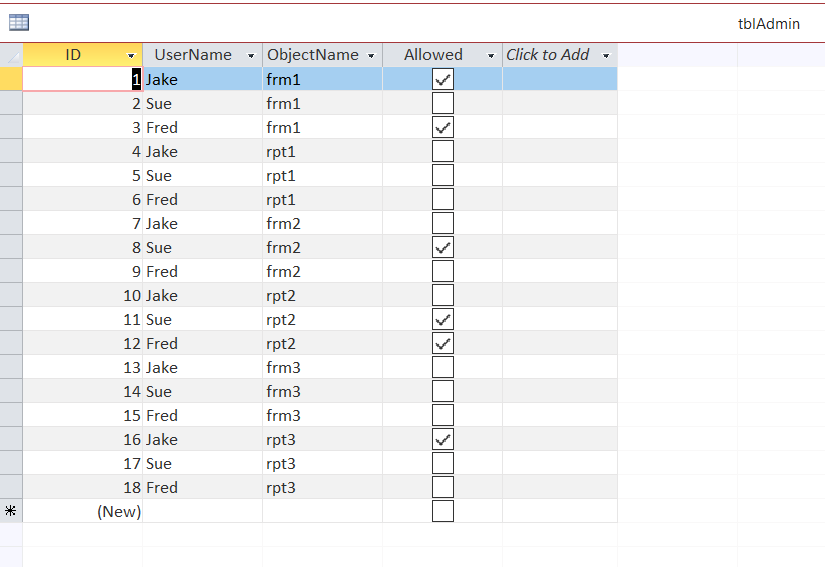 Notice that all you really need to do is check whether the user has access to the object.

On the “Open” event for each form, place the following code:

On the “Open” event for each report, place the following code:

Here is the “Allowed” function:

This function will check the tblAdmin table to see if the user is allowed to open the requested object.

basSecurity also has a modular scope variable called “m_LoggedInUser”, to store the user name of the currently logged in user.

Here is the screenshot all together:

To test and open all the forms and reports I am using a form called “frmMain”: 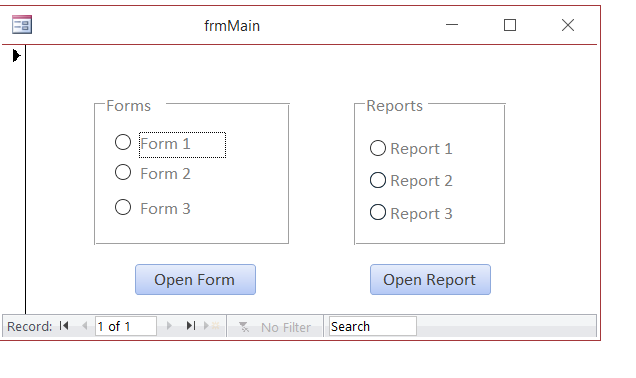 …and here is “behind the scenes”: 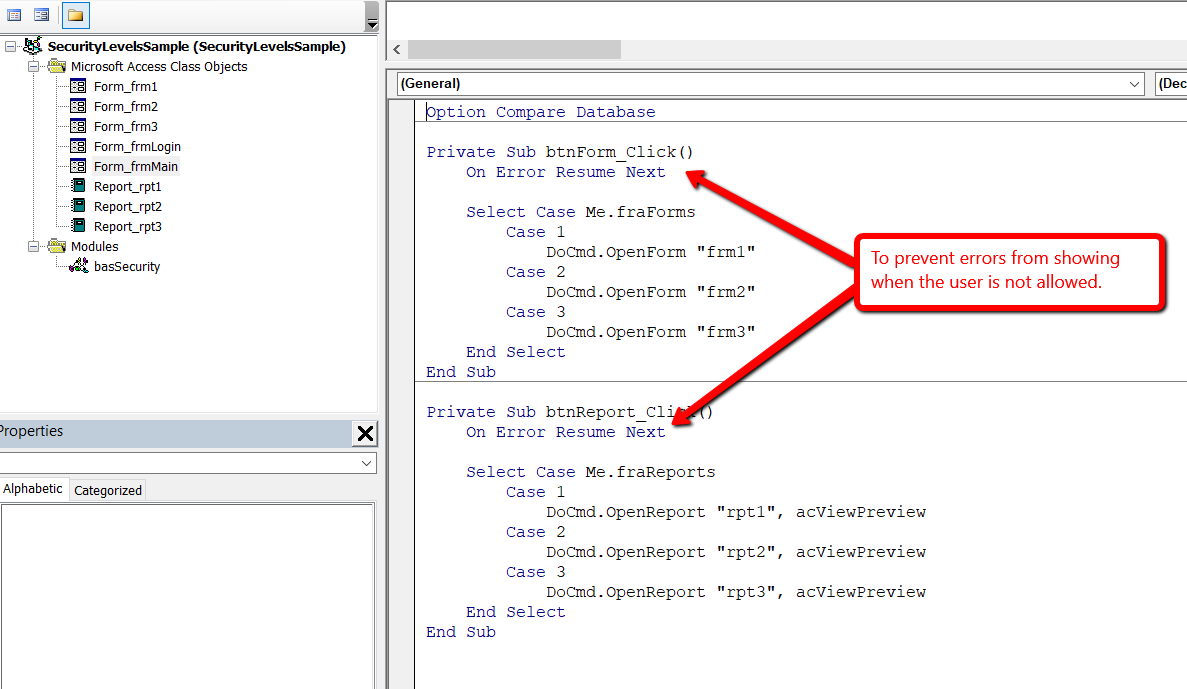 That’s about all, let me know if you have any questions. 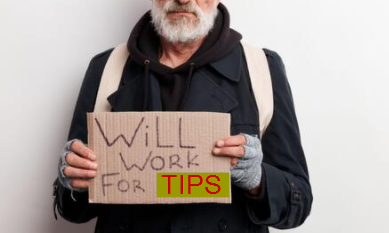 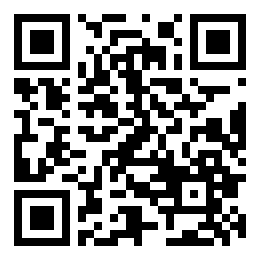 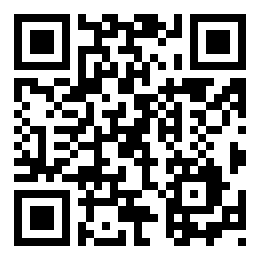 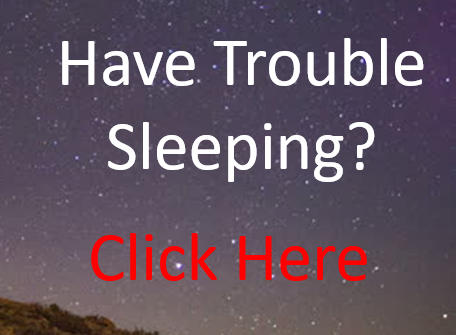